I have been lucky enough to see one comet in my lifetime so far and fortunately it did not come with half of the drama that faces the group of eight friends at dinner in the movie Coherence.

On the night of an astronomical anomaly namely one Miller’s comet flying through the skies, eight friends at a dinner party experience a troubling chain of reality bending events. Part cerebral sci-fi and part relationship drama, Coherence is a tightly focused, intimately shot film whose tension intensely ratchets up as its numerous complex mysteries unfold.

There are many thing to like about this movie including the fact that this is an incredibly original idea.  Like all of the best sic-fi movies, what is most enjoyable to watch is the depth of the characters and the relationships between them.  Good writing ensures that we understand the meaningful history between this group of eight complete with conflicts and ex boyfriends/girlfriends which add spice to the movie as the tension builds and we try and make sense of exactly what is going on.  The mystery unfolds slowly, posing interesting existential questions as it does so.  This married with innovative editing as each scene cuts to black often creates horror-esque tension leaving you wondering just how everything will wrap up.  When you do finally get to the end of the movie, it will leave you with many questions about your own life including

Some of the things that I enjoyed most about this movie were impressive around the dinner table scenes where the conversation seemed so natural and organic as it weaved and morphed that iI almost forgot I was watching a movie and watching a fly on the wall documentary instead.  In addition, the way that group think is portrayed both when faced by a problem and also how people react under severe stress and pressure was well acted and directed.

Picture this – secret meetings, corruption and the business of selling diplomatic titles in one of the most dangerous places on the planet: the Central African Republic (CAR).  How many of you would be tempted to enter this danger zone for the sake of your art?  Not so may I think – enter Filmmaker/journalist/provocateur Mads Brügger (Sundance Grand Jury Prize winner for The Red Chapel) who has developed a new documentary style that he calls “Performative Journalism” in which he creates an absurd caricature of a corrupt diplomat and arms himself with a phalanx of hidden cameras, black-market credentials and razor-sharp wit.  It’s part performance art and part investigative journalism resulting in humor, shocking revelations and above all a tragic picture of a failed and corrupt state.

“I want to show an Africa stripped of NGOs (Non-Governmental Organizations), Bono, child soldiers and kids with bloated bellies, to show the kind of people you never see in the documentaries: white businessmen and diplomats, the fat cats in the urban centers, all the people who are in post-colonial Francafrique (French Africa) having a great time.”

The Ambassador is less fly on the wall and more immersive journalism as Brügger disguises himself as a rich white business man with diplomatic credentials pursuing all the perks that follows this title (reckless diamond hunt, practicing power misuse etc.), and became a respected member of their society.

This is a dark, intriguing and very funny documentary that has you on the edge of your seat as you watch Brügger go from one absurdly terrifying and hilarious situation to the next as he pulls back the curtain on ongoing corrupt practices that infiltrate many countries and levels of power.  At times you could be mistaken for thinking that you are watching a seventies era Bond movie.

Overall, I found myself oscillating between scared for Brügger as the walls often close in on him to shock as he uncovers the craziness of what is going on in war torn Africa.  One thing is for sure; I was definitely entertained and even educated.

The Ambassador is now playing VOD and out in theaters 29 August.  Check local listings:

I am sure that not many of us look forward to flying these days (me included), the endless security, fluid confiscation shenanigans, shoes off, laptops out, strip-searches etc. can become all too tiresome especially when it feels like you spend less time in the air than at the airport.

In recent times, and especially on long haul flights, one of my favorite pastimes has become trying to seek out movies that I would not normally get a chance to watch or foreign language movies that have not (and may never) get a US release.

Fellow movie lovers, there are some hidden treasures buried in the back of the seat in front of you (and I am not just talking about what has fallen out of the pocket of the supersized passenger).  On a recent flight from Tokyo, I was lucky enough to catch just such a gem. “Rentaneko” or “Rent-a-cat” (written and directed by USC film school alumni Naoko Ogigami) is a beautiful movie about a young lady called Sayoko who rents out cats to help lonely people fill the emptiness in their hearts. She walks along the banks of the river with a megaphone promoting her service and her animals in a handcart.   This stars Mikako Ichikawa as Sayoko with support from Reiko Kusamura, Ken Mitsuishi, Maho Yamada and Kei Tanaka.

Japanese cinema can often be about extremes, yet in this gentle sweet dramedy, we are delighted, moved and often tickled in the same scene.  Much of this is down to some careful direction and elegant cinematography, and many of the scenes are so beautifully composed that they could be frozen to create photographs.

All of this beauty is augmented by a touching and genuine performance from Ichikawa.  Her human portrayal of a single thirty-something coming to terms with the death of her grandmother (whom she considered to be ‘her rock’) is poignant.  Added to this is her biggest goal in life – to get married.  On the surface there is an air of light heartedness and comedy throughout the movie and yet, when this is scratched, belies a depth that touches your heart and warms you to your central core.  The story meanders a little towards the end, but at those times, the kitty-cat action is more than enough to keep you glued to your screen.

This is a quirky engaging movie that will amuse and enchant everyone – and if you are a cat lover, this movie is a special treat.  Of course being the crazy cat lady that I am, the scenes or outtakes with all of the well-trained moggies were like icing on this near perfect cake.

Rentaneko has been shown at a number of international film festivals through 2012 including Sundance and Edinburgh.  Unfortunately it seems that your best chance of catching it right now is to fly ANA between Los Angeles and Tokyo.  My only hope is that enough people hear about this movie and it get the chance of at least a limited US release.

As posted a couple of days ago, selected Sundance 2011 shorts are available to view for free via The Screening Room Youtube Channel.  Part of me wishes that Sundance and YouTube would repeat last year’s experiment in which a small selection of full length movies were made available to rent online for a very reasonable $3.99.  Alas, as reported by the NYTimes, the experiment was a financial failure yielding only $10,709.16 in revenue for YouTube.  Not exactly earth shattering numbers by any measure.  Perhaps making the movies available on devices such as Apple TV or Roku players would have been more successful.  After all, who wants to watch a full length movie hunched over a computer desk on a cramped laptop screen whilst a 50-inch flatscreen lies dormant in the living room?  I digress… back to this year’s shorts.

“Skateistan:To Live and Skate Kabul” is my personal pick of those currently offered, and while it’s nine minute length does not permit a deeper exploration of some of the underlying issues concerning the lives of those featured, the material is nonetheless engaging.  It takes talent to produce a documentary short as effective as this. There is a compelling narrative here as well as some effective camera work and judicious editing. Director Orlando von Einsiedel receives my applause for his efforts.

What do YOU think think? 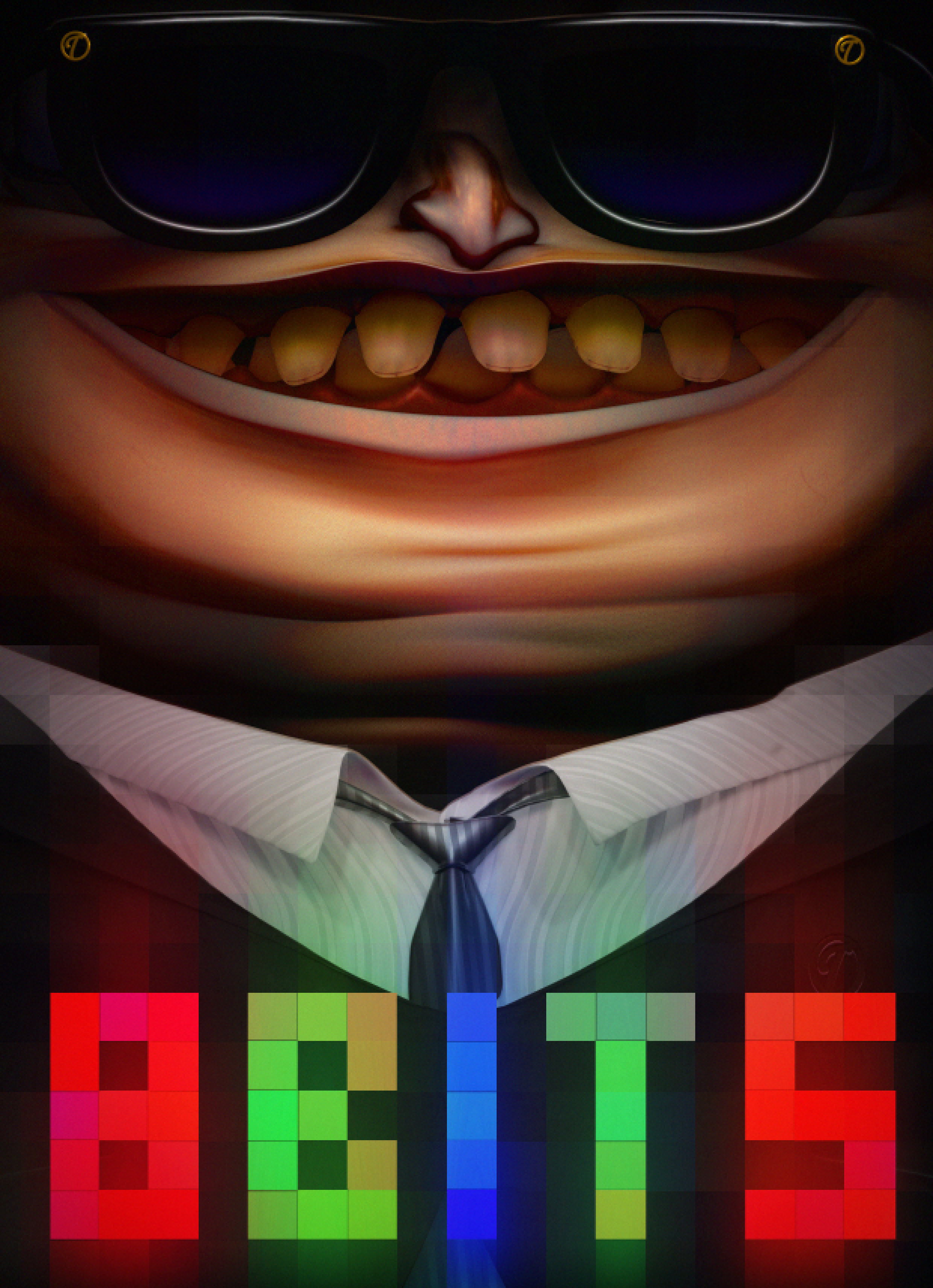 The Sundance Film Festival gets underway today and a selection of short movies have been posted online via The Screening Room Youtube Channel.  Check them out!

Moviewallas will cover these and other festival news in our next episode.