A special extended Moviewallas Podcast in which we discuss: 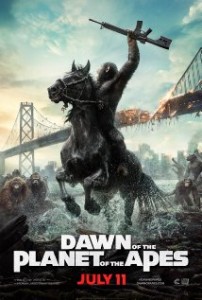 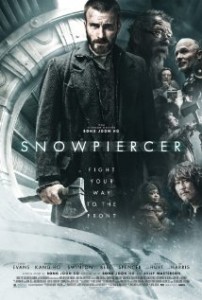 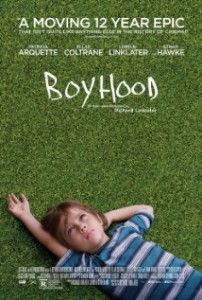 – Dawn of the Planet of the Apes

We have teamed up with the wonderful folks over at Rangl.com so that we can give you the chance to weigh in our some of our disagreements.  This week, Yazdi states:

“Personally, I am fine with not seeing James Franco on a cinema screen for a while. Like ten years. Thoughts?“

Click on the Rangl logo below and us know what you think!

Exactly what is the responsibility of the media in reporting news? In my opinion, news should be reported factually and in an unbiased fashion. However we all know that with the advent of syndicated news channels and the need for 24-hour news cycles, it is easy for smaller stories to escalate to larger ones and others to get sensationalized and out of control. Welcome to the movie Out in the Night, a new documentary by Blair Dorosh-Walther that examines the 2006 case of The New Jersey 4. 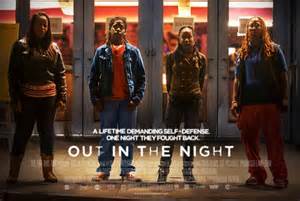 Through the lives of four young women, Out in the Night reveals how their race, gender identity and sexuality became criminalized in the mainstream news media and criminal legal system.

The documentary skillfully tells the story of a group of young friends, African American lesbians who are out, one hot August night in 2006, in the gay friendly neighborhood of New York City. They are all in their late teens and early twenties and come from a low-income neighborhood in Newark, New Jersey. Two of the women are the focus – gender non-conforming Renata Hill, a single mother with a soft heart and keen sense of humor, and petite femme Patreese Johnson, a shy and tender poet. As they and their friends walk under the hot neon lights of tattoo parlors in the West Village, an older man sexually and violently confronts them. He says to Patreese “let me get some of that” as he points below her waist. When she says that they are gay, the man becomes violent and threatens to “fuck them straight”. He spits and throws a lit cigarette. Renata and Venice defend the group and a fight begins, captured by security cameras nearby. The man yanks out hair from Venice’s head and chokes Renata. Then, Patreese pulls a knife from her purse and swings at him. Strangers jump in to defend the women and the fight escalates. As the fight comes to an end, all get up and walk away. But 911has been called and the man involved has been stabbed. Police swarm to the scene as their radios blast out warning of a gang attack. The women are rounded up and charged with gang assault, assault and attempted murder. Three of the women plead guilty. But Renata, Patreese, Venice and friend Terrain claim their innocence. They are called a “Gang of Killer Lesbians” by the media. In activist circles they become known as The New Jersey 4.

One can easily forgive Dorosh-Walther for giving us a somewhat one-sided narrative given few people were initially advocating for the women and even fewer people have been able to hear the story from their side, but this is an important documentary to watch. Out in the Night will anger you, sadden you and frustrate you all at the same time and so it should because Justice should be genderless, raceless and sexless and yet we are led to believe time and time again that had these women been middle class heterosexual white women, their lives may have turned out very differently.

The incredible narrative that unfolds over a period of years beginning in 2006 through to present day and in some cases through many of the years that some of the women were incarcerated  will have you glued to your seat. Beyond the injustice however, the most endearing thing about this documentary is the women front and center of the debate, Renata, Patreese, Venice and Terrain, who have very graciously opened up their lives to us.

Out in the Night Trailer

Nothing in the world is more powerful than an idea whose time has come, wrote Victor Hugo more than a hundred years ago. And so it is with the lead character in the quietly amazing Argentinian film NATURAL SCIENCES (CIENCIAS NATURALES).

Lila, a teenager in a boarding school at a rural mountain town has suddenly reached a juncture in life where her paramount need is to find her biological father. Her mother who works a bare, hard life on the farmland will not give her any information regarding the man. Freezing winter is fast approaching but Lila is undeterred in her pursuit. She has tried to run away from school in search of her father, once on a horse through the snow-covered hillsides, and once in a car she doesn’t know how to drive. The school Principal is perplexed, then angered by this sudden, irrational desire on the part of someone who had until then been a quiet, unremarkable student. Reasoning or discipline prove ineffective. Lila is consumed by her mission and is unstoppable. A more sympathetic faculty member, who teaches Natural Sciences at school, also tries to deter Lila. But recognizing that Lila will not relent and likely concerned for her safety, she joins Lila in her quixotic quest. With nary a clue about the man they are looking for, the two hit the road.

This should sound like the sort of sappy, road-trip movie that Hollywood likes to dole out with some regularity. If you are more generous, this may seem to you like one of those well-meaning, heartfelt indie films about strangers connecting through unusual circumstances. But NATURAL SCIENCES transcends those categories altogether.

This is an accomplished film from first-time director, Matias Lucchesi, who retains a strong, confident hold over this material at all times. Pick a scene from this film, pick any scene, and notice the rigor with which it has been constructed, how it completely bypasses familiar traps, or cliché. You can notice this on a minute by minute basis, in the precise writing, the affectless acting and direction that does not draw attention to itself. In its hard-won naturalness and rigor around all of filmmaking components, NATURAL SCIENCES draws easy comparison to the austere, stark and no less devastating Chilean movie from last year, THURSDAY TILL SUNDAY (DE JUEVES A DOMINGO).

The actor who plays Lila (Paula Galinelli Hertzog) necessarily carries the film on her young shoulders. And effortlessly brings it to a place of believability, capturing the sullen, untalkative affect of the teenager whose world is dominated by a singular myopic obsession. She may seem possessed by the fever of an irrational pursuit, and may not have the means to articulate it fully, but she is also inherently a good person, a person trying to discover herself as a grown human being and unable to do so without locating her roots first. And how about Paola Barrientos who plays the teacher who accompanies Liza on her search; one of the hardest things for an actor to do on screen is to transmit empathy, and Barrientos does it with a rare authenticity that never once tilts into cheap sentimentality. What great fortune for this director to have been able to recruit these two actors for his first film.

This is a film of quiet wonder. It tells a story that may initially seem familiar, but in how it goes about telling it, the film is note-perfect . I cannot wait to see the next project from this filmmaker.

NATURAL SCIENCES is the best film I saw at the 2014 Los Angeles Film Festival. And by a wide margin.

[Natural Sciences is an Argentinian film currently making the festival rounds and was screened at the 2014 Los Angeles Film Festival.  It is awaiting distribution in the U.S. You can watch the trailer here].

Another Podcast from LA Film Festival.  In today’s show we discuss the movies: